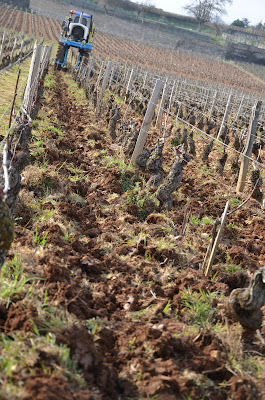 If plants asked questions, that might be one farmers would hear frequently. For plants, nitrogen is food. By talking to the region’s small farmers about the challenges they face, Washington State University researchers learned that understanding soil fertility–the availability of food for plants-–is a top priority. Based on that need, soil scientist Doug Collins is leading a team to develop practical soil fertility management strategies.
Plants require nitrogen to grow and reproduce–but not just any nitrogen. The Earth’s atmosphere is mostly nitrogen, but nitrogen in the air is in a form that plants cannot use directly. The nitrogen plants want must be available in the soil so that their roots can absorb it.

Moving nitrogen from the atmosphere into the soil is part of a complex process called the nitrogen cycle. That process starts when atmospheric nitrogen is “fixed” by soil bacteria that have the ability to convert gaseous nitrogen into compounds, such as ammonium, that are useful to plants. The plants convert those nitrogen compounds into amino acids, chlorophyll and other organic compounds essential to life. All nitrogen in animals can be traced back to the organic nitrogen in plants.
When plants die, the organic nitrogen they contain is converted by bacteria back into ammonium in a process called mineralization. Mineralization once again makes nitrogen available for absorption by plant roots.

Most farmers add nitrogen in the form of fertilizers so that their crops have plenty of nitrogen without having to rely so heavily on the nitrogen cycle. Organic farmers, though, are interested in reducing the input of artificial fertilizers and in relying more on increased organic matter in their soils, so that their plants can be fertilized by the nitrogen cycle more directly.
The nitrogen cycle, however, while continuous, is not consistent. A large number of variables are at work influencing the fluctuation of the cycle. Soil temperature and moisture, for instance, are major factors controlling the activity of soil bacteria. When conditions are cold and dry, bacteria are less active, and so there is less nitrogen being fixed or mineralized. 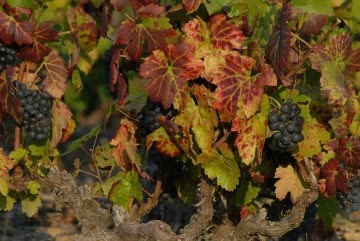 For organic farmers, understanding the fluctuations in the cycling of nitrogen through their farm soils is critical for several reasons. If they don’t apply a little extra fertilizer at the proper time, their plants may not produce an economically viable yield. If they apply too much, they are simply wasting money, because fertilizer is expensive and if the plants don’t need it, they’ll just ignore it. And if the plants don’t take up the nitrogen in the soil, there is a chance it will get washed by rain or other means into streams, rivers, and oceans, where it can toxify the water.
What farmers need, then, is a reliable way to test the fertility of their soil. This is exactly what WSU soil scientist Doug Collins (http://www.smallfarms.wsu.edu/) and his colleagues are developing. “Our team is working to assist organic farmers in linking fertilizer applications to plant requirements through soil tests that predict nitrogen release from organic matter.”

Collins, a WSU Extension educator charged with helping small farmers in the state and a member of WSU’s Center for Sustaining Agriculture and Natural Resources, said, “Farmers frequently ask us, ‘How much fertilizer should I apply? What type of fertilizer will best meet my needs, and, what are the effects of historical management?’ Because the nitrogen cycle is an ongoing process, the way farmers did things in the past–like the types of fertilizers applied to a field, or the way the field was tilled–affect the future availability of nitrogen.
“What we’ve found is that you really have to know what is going on with a particular piece of ground. You can’t offer generalized advice about fertility management. That’s why we’re developing these tests,” Collins said.
Collins and his colleague are working with eight certified-organic farms in order to fine-tune soil fertility tests for use in western Washington. Last fall, the team surveyed the cooperating farms in order to test their current fertility status. This summer, they’ll be using a variety of methods to periodically check the fertility of test plots on the farms. Once the results are in, Collins said, the team of researchers and farmers will conduct outreach to farmers and other agriculture professionals, as well as soil-testing labs, in order to educate them about fertility management and planning.


–Brian Clark
This article was originally published in Green Times, the e-newsletter of organic and sustainable agriculture from Washington State University. Subscribe to Green Times here.
Learn more about WSU research on nitrogen and the environment by visiting the NSPIRE web site.
About Brian Clark:
“I started working at WSU in February, 2005. I write for a number of publications and, along with my colleague Phil Cable, am also the Marketing, News, and Educational Communications Web, social and new media guy.

Before joining WSU, I owned and operated a marketing, design and publishing firm in San Francisco. In that capacity I served dozens of clients, from large retail firms such as Williams-Sonoma to small high-tech start-ups.
I hold a B.A. in Communication from U.C. San Diego and a Master’s in English from the University of Idaho.
Over the years, I’ve also written and published hundreds of poems, a fistful of short stories and essays, and a novel titled Splitting. I maintain a couple of blogs, one on science and the other on sustainable design and building.”

Cheers,
LA
Our new t-shirt layout is just out… have you seen it?
http://thewinehub.blogspot.com/2012/02/winelover-t-shirt-new-layout-is-just.html

“ADRIATICO”… A unique collaboration spanning borders of three nations
#winelover… what is it?

One Response to Riding the Nitrogen Cycle